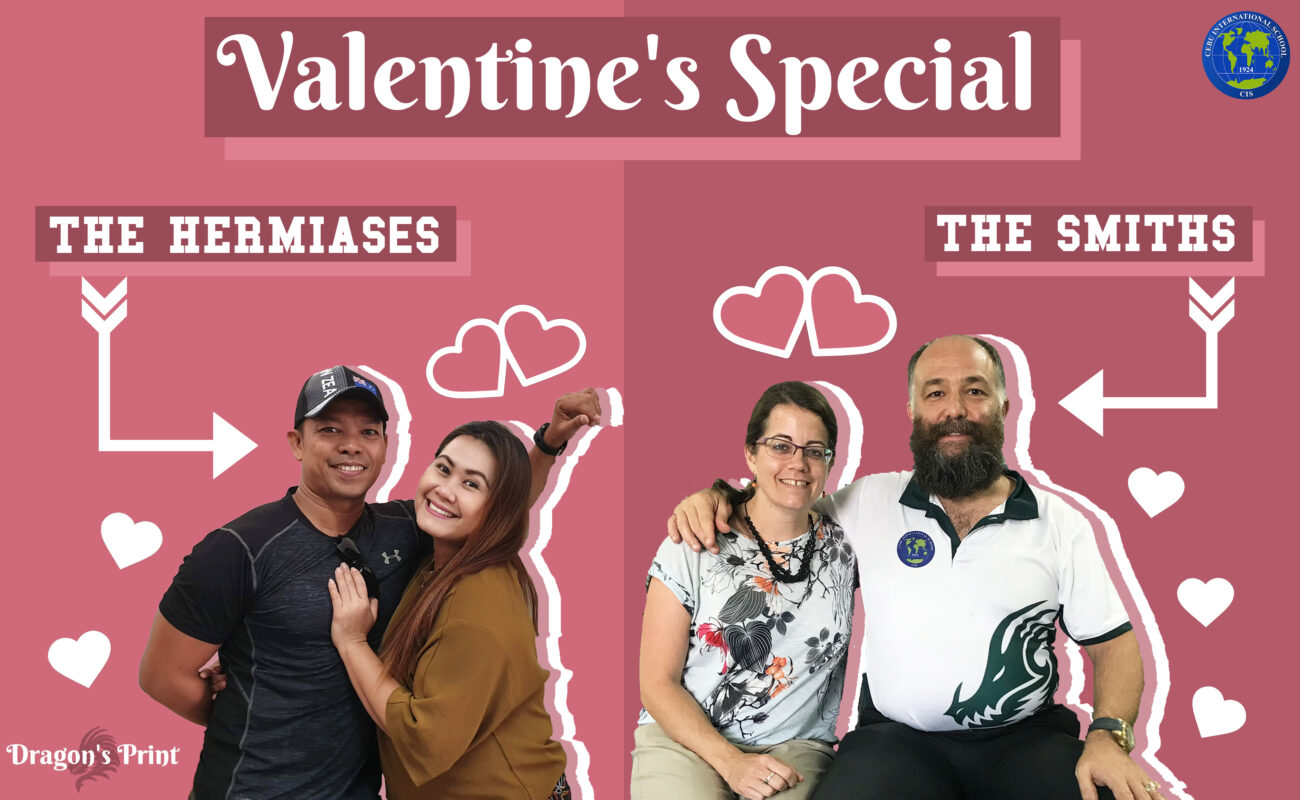 In life, we are constantly surrounded by people–some make us better, some take a piece of us with them, some are just passing by. Once or twice, we’re lucky enough to meet someone with whom we can share a love that lasts a lifetime. In this Valentine’s Day feature, we interviewed two teaching couples in school who found each other, loved each other, and stayed together.

The Smiths: “A Team Effort”

This may be Mr. Smith’s and Ms. Kohlmeier’s first year teaching in CIS, but this teaching couple has had so much fun travel history together that they continuously pique the interest of many. We took the to ask both English teachers about the foundation of their love.

Ms. Kohlmeier: Well, we met through like, mutual friends. And it was after, let’s see, I was almost finished with college so we were in our 20’s, I guess? We were friends first and then, eventually…

Mr. Smith: Yeah, we were friends for quite a while. A year or so before we actually dated.

It was a long time ago.

Yeah, it was a long time ago.

Can you remember a specific moment when you knew you’d end up marrying him/her?

Well, probably like… I think I knew … I feel that I knew very early that I wanted to be with him, like get married and stuff, but then we actually dated for 10 years before we got married. But I knew like, I felt it in the very beginning of the relationship. I think just because of our chemistry.

We both like the outdoors a lot I think and that was perfect, because she really likes skiing, so we did a lot of skiing together. The first times, I remember, and that’s great, yeah.

I think a lot of people would say that in marriage, communication is always the biggest struggle.﻿

Yeah and we just had, we just had like a lot of fun together. I mean, we still do, obviously, but like in the beginning…

Well, I remember too, I wanted to- my plans were to travel and to live in China for a while that following year. You remember right, I asked you if you were interested and you seem like you really wanted to go, so, that was the beginning.

We’ve been together for almost 20 years but married for almost nine, yeah. But like many people nowadays, it seems, you know in modern times, many people wait before they get married. I know that in the US for example, most people who are married have lived together for 5-10 years before and I think it’s just because they feel like people wanna spend more time just getting to know each other before they, you know, they get married, so we’re really fortunate.

In your years together, what has been the greatest obstacle you faced?

As you get older you change a little bit here and there and then you have to learn how to communicate, you know, under different stresses, different situations, because we’ve moved many times to different countries and have had new jobs. So I think we end up facing— I guess an obstacle is like facing new stresses together and then, you know, having open communication.

Yeah exactly, that’s very true because especially in our case, we find ourselves in many different countries and parts of the world and in these situations, you know, one person feels differently about it than the other person, so it’s a matter of communicating how you feel and… yeah, that has been it. That’s always— I think a lot of people would say that in marriage, communication is always the biggest struggle.

A challenging process. It’s been a great process but you know instead of thinking about like, well, marriage as the ultimate end goal, it’s like, a process, you know…

Maybe you could say ‘journey’?

It’s a journey, not a destination.

The Hermiases: “Enjoy Every Moment Together”

Coach Jay and Ms. Stef have been together for 18 years and have been teaching together in CIS for at least 4 of those years. Coach Jay is the PE teacher of several elementary and school grades, while Ms. Stef was the Grade 8-10 Filipino teacher but now Preschool 3. Known as the funny teacher couple on campus, we sat down with them to talk about their love story.

Finding a perfect husband or partner is impossible. There’s no such thing.

Can you remember a specific moment when you knew you’d end up marrying him/her?

Ms. Stef: I think for him, it was when he already had a job. He thought that we were stable enough in life and ready to settle down and be in a deeper commitment with each other. For me, it was when I agreed to be his girlfriend. Growing up in the province, the “first boyfriend, last boyfriend” mindset was always very important. He was my only serious relationship. So when I became his girlfriend, I told myself, “This is the guy I’ll marry.”

In your years together, what has been the greatest obstacle you faced?

When he was working in a local school, during summer – April and May – he would have no salary. Those were really difficult times. So to help our family, I did a few sideline jobs, like I sold some stuff. I cooked food and sold it to our neighbors. That was very… I don’t want to look back because it was so hard.

What’s the most romantic thing you’ve done for your spouse?

Most romantic thing we’ve done for each other? What did you do? You didn’t do anything! *laughs*

I will answer that for my husband. I think it was last year? He’s not used to surprises or surprising me. I was really shocked because for him it’s corny.

Yeah, that’s why! But last year on my birthday, he was so romantic! When Ms. Basa accompanied a delivery boy, who was holding a bouquet of flowers, to my classroom, I never thought that it was from him because he’s not used to giving flowers. The first time I received flowers from him was during the first year of our relationship. And the flowers were in a flower vase! I was like, “Ugh, come on, we’re dating!”

It was wrapped in newspaper!

It was! He wrapped it with newspaper so that it won’t break.

No, it’s because I’m shy, you know? I don’t want to show to everyone that I’m bringing flowers so I had to wrap it with .

So what’s the romantic thing I did for you?

What is one advice you wish you heard before marrying?

A relationship advice I would give is, don’t be scared to express your love. And do not expect anything in return.

Don’t be shy also to express wrapping the flowers in newspaper. *laughs*

What, advice? Take your time if you are going into a relationship. Like in our case, we were boyfriend and girlfriend for three years, so I got to know him better. I already knew his negative side and positive side, so when we got married, it was not hard for me to accept–because you’re not only going to have to accept the positive side, but also his negative side. Finding a perfect husband or partner is impossible. There’s no such thing. Also, just enjoy every moment that you are together.

If the stories of our teachers have taught us anything, it’s that love doesn’t have to be complicated. When you meet the right person, everything just falls into place. You both know what to do to make it work. Every day is another day to work on yourself and your relationship with each other.

We’d like to thank both couples for their time and permission in doing this interview. Happy Valentine’s Day! 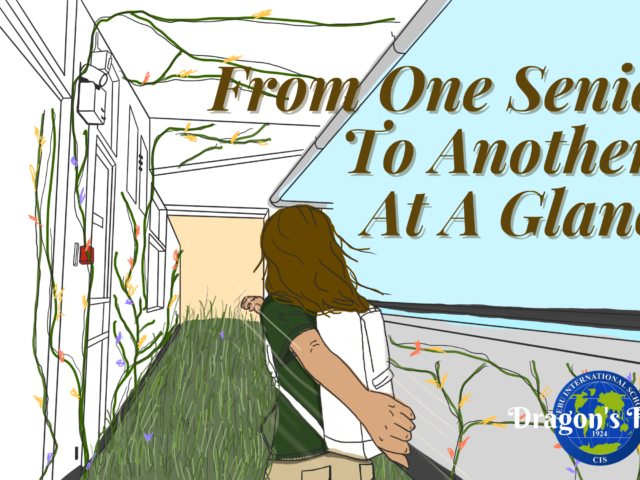 From One Senior to Another: At A Glance 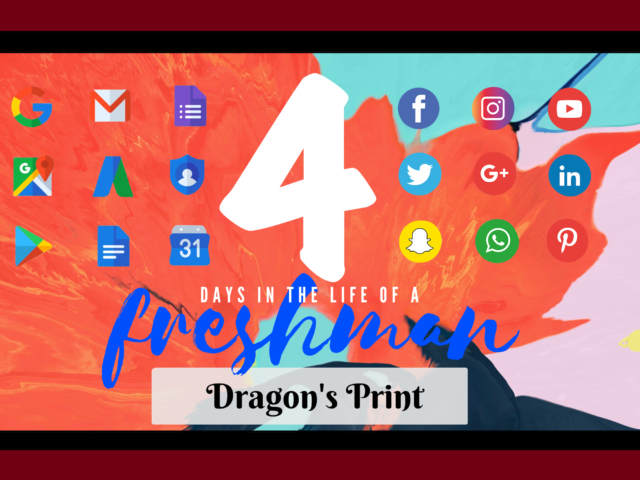 Remote Learning: 4 Days in the Life of 2 Freshmen 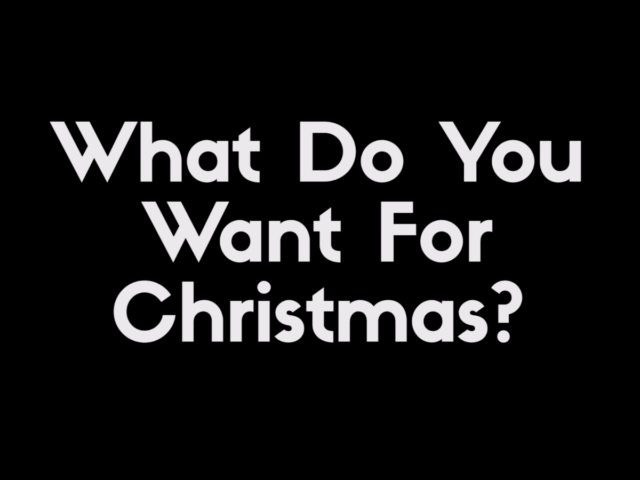 Vox Pop: What Do You Want For Christmas?