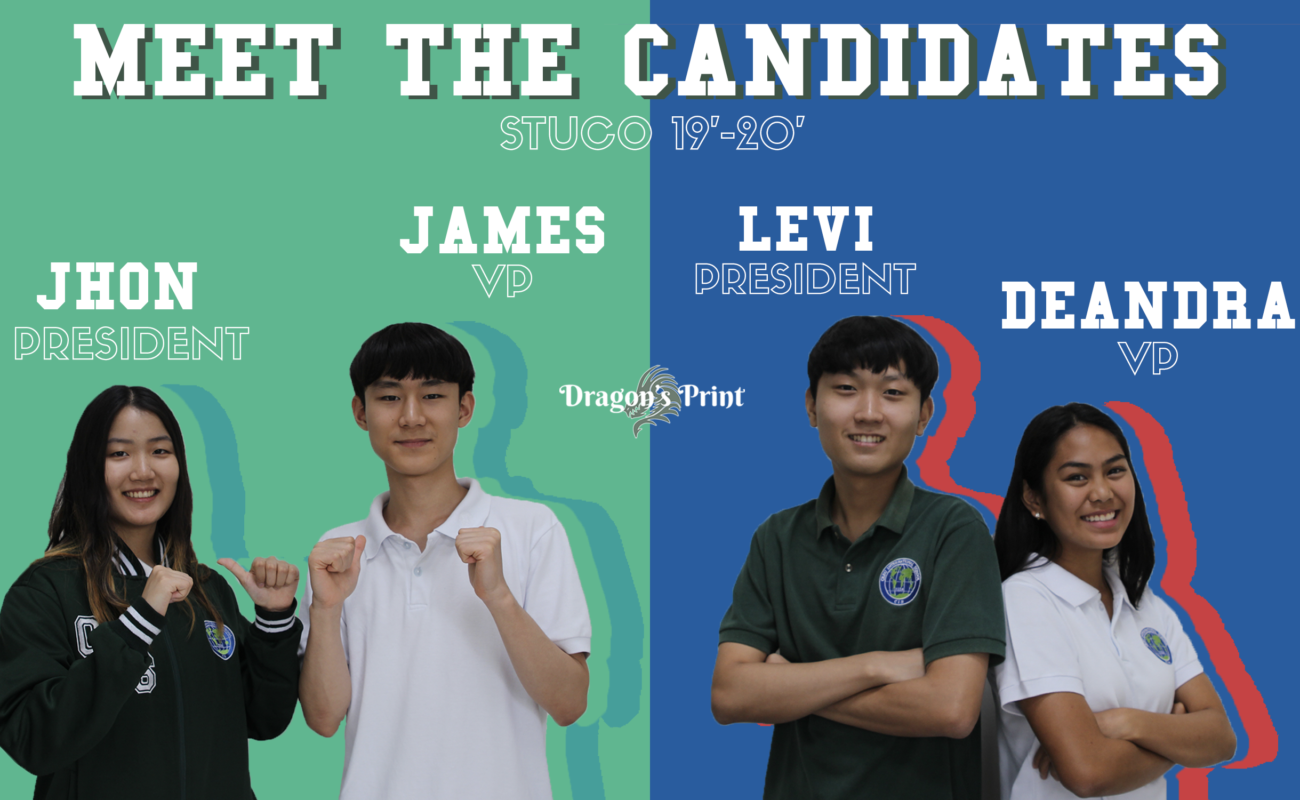 MEET THE CANDIDATES: Your Aspiring Leaders for StuCo 2019-2020

One of the best ways for us students to have our voices heard is through the Student Council, our bridge to the school administration and community. Since elections for the two highest positions in StuCo are coming up in less than a week, we sat down with our two running pairs and four aspiring candidates to get to know them and why they think they’re qualified for their respective roles.

Describe yourself in three words.

What’s one of your weaknesses?

I set too many goals and I end up lost.

I [would] probably say, like, I overthink a lot. So like, if I am given an assignment and if I don’t know how to do it, I get really worried because I’m not sure if I am doing right. So it kind of gets to the point where I am worried about stuff I don’t have to worry about. Like, what if I get expelled, you know, even though [it’s] just a poster?

What is a problem that you have seen on campus that you want to fix?

First of all, the facilities, such as the bathrooms, I think a lot of students resonate with me on this issue, because a lot of the bathrooms in school…most of the faucets don’t work, and especially the bathrooms in the gym and near the swimming pool, they have showers, but the showers barely work and sometimes shoot out black water. The toilets don’t flush—occasionally—if you’re unlucky you end up in one of those stalls. We’ve tried to fix that this year, but it’s a problem that we still see now in school, so I hope to see that fixed next year.

I think this is something that is ongoing which is the school maintenance. People always say, “Oh, the showers are not working and dirty.” And for now, the Student Council is trying to solve it by communicating with the school maintenance and administration. People are saying,”Oh, it’s not perfect, but it’s getting better.” People are telling me this stuff so I think that’s something we really want to keep up on fixing to make a clean school environment.

What makes your partner a qualified Student Council Vice President?

Oh. Um, I really think she’s qualified for this, because I’ve seen how she works, and I know her work ethic, and I know she’s a really hard worker. I think one of the main keys in being a good leader and having the responsibility of being a vice president is being passionate about what she does—and it, it sounds cliche, but I think that’s really really important. If you’re passionate about what you do, then no matter what comes, what problems you face in achieving that goal, you will take them gladly. So, yeah she checks that box as well, being passionate about StuCo, and the next one is hard-working. And we’ve seen her academics, she’s won several subject awards from her grade, so that also checks the box of being very hard-working and being responsible and getting work done. So, that mix of being passionate and hard-working, those attributes, uh, showed me that she was very capable of taking the role of being a vice president of StuCo.

I think it’s because I’ve been with him [in a grade] for 3 years now and I think [that since] I have worked with him before, I know how he thinks, and he is a really hard-working person and he thinks in a more concise way. For me, when I want to think of something, I have a lot of ideas laid out and he is the type when he knows ”Oh, that’s this,” and he simplifies my ideas. So he is a very good pair to work with.

Describe yourself in three words.

What’s one of your weaknesses?

Um, sometimes I could be shy, but it depends on situations. Sometimes, I’m not shy, but when I am, it’s one of my weaknesses. Like, when I’m talking to people [in general], I try not to [be].

Since I was young, I was not able to cooperate with others that well since I was so quiet, and most of the time I work independently, so it’s [sometimes] hard for me to work together as a group.

What is a problem that you have seen on campus that you want to fix?

Some events, for example, HAD, we can make it better by accepting more opinions and making more variations. And the [StuCo] suggestion box — they let us write our opinions but don’t actually open to the public, so students don’t know how [things are] going, so they don’t speak out.

What makes your partner a qualified Student Council President?

Well, everybody knows that he’s already an experienced person, not only in Student Council but also in other leadership [positions] and extracurriculars such as MUN, and, uh, he’s also very responsible. He also has a voice, so he’s very confident, and that’s why I think he’s very qualified.

Uh, she has very different opinions from me, so I thought that because we are different, we can produce better results. She has experience of being a Class Representative, so she knows how the system works. I think if she becomes the President, she can lead well.

Can you tell us the story behind your partnership?

Levi: So, first of all, I’m friends with her brother, Dean, so I got to know her through Dean. But we met frequently through club activities, like Dragon’s Voice and Student Council, because she was actually on Student Council as the Grade 9 representative.
Deandra: I knew Levi because he’d always be at my house because of–*both laugh*–because of Dean, so we got to know each other, and then we decided to work together in December break, and … that’s when this partnership started.
Levi: But we already knew each other so, [Deandra: Yeah] and then we saw each other work as well, and we also worked together on Student Council so we kind of––we already knew how we worked. Then we knew that––we tried it so we knew that we could work together and that we have good chemistry, so that’s why we came to be partners.

Jhon: Should I say it? Or should you? *silence* Okay, I’ll say it! So what happened was, um, actually both of us were hesitant to run for president and vice-president––mostly we were thinking about, like, class representatives, because that’s a smaller scale. But then, James came up to me and was like, “Oh, are you interested in running for president and vice?” And I was like, “Oh, actually, yeah. But I’ll think about it!”…Actually, I didn’t say “I’ll think about it”, I was like, “If you’re running, I’ll go with you! Let’s do it together.” And then he said, “You know what, I’ll consider my other options. I’ll give you an answer.” *laughs* He said that, and then I went home and told my sister, “Well James was just like, ‘I’ll think about you as an option’.” *laughs* And then later, he said let’s do it together. For some reason, he was so hyped. Yeah, and we just basically––I was a last resort. I became his partner after that and we just––because we’re really different people, we just, like, built together. Like, ‘oh, how would we do it since we’re so different?’ It kind of became that… yeah.
James: So my motivation behind asking her to run with me was just, like, let’s try it. I wanted to be a Student Council member [since] before, and I thought this would be a good time to run for vice president, and Jhon has experience in being class rep, so I just asked her to run with me.

We would like to thank the candidates for their time in this interview! 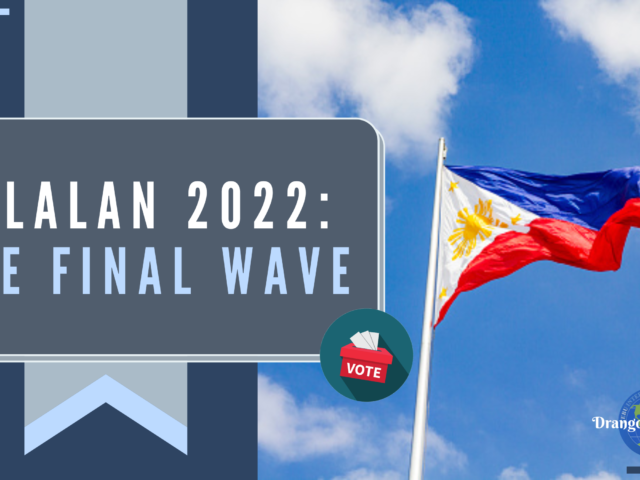 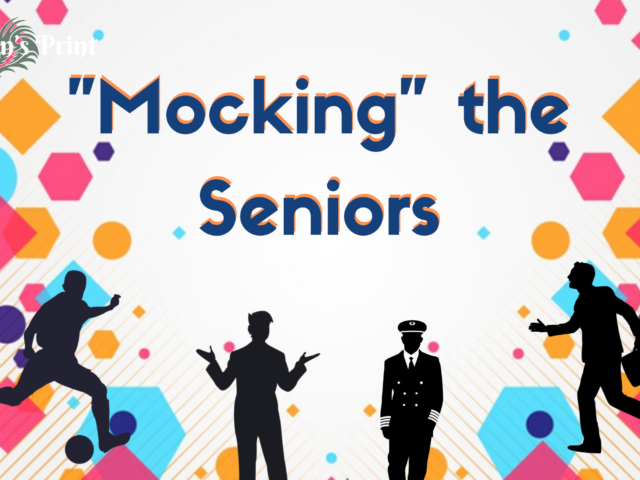 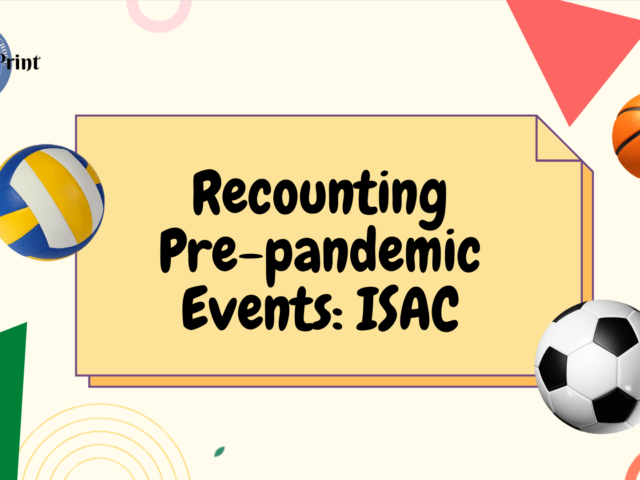