Today, October 24, 2020, the entire CIS community virtually celebrated the annual International Fair. The fair began with the virtual parade and culture show which premiered on the CIS YouTube channel at 9:00 AM, featuring astounding singing and dance performances from students and teachers alike.

After the virtual parade and culture show, students participated in three student-led sessions with a country of their choice. Below, you will find students’ reflections about the activities.


Now that the synchronous International Fair activities are over, Ms. Cornet shares how these activities were planned and expounds on the experiences gained while trying to facilitate an online celebration.

How was the planning for International Day now that it is virtual?

My own focus was on small pieces of the larger whole: the Parade of Nations, getting student volunteers to help create the asynchronous activities, and keeping the website updated. Even though Parade of Nations is not new, the preparation itself was very different as photos and videos had to be gathered in advance, and then my team of Editors (Deandra and Sakura S from grade 11) worked through putting it all together.

Were there any difficulties; what were they?

Getting each piece by the required deadline. Each deadline was purposefully placed so that the next stage could begin. When deadlines were missed, it became a question of moving backwards, or of not being able to include that submission in the final version.

What were unexpected strengths to the virtual layout, if there were any?

I actually really like the website, as these asynchronous activities will be accessible for more than just one week or one day. Students and/or parents can return to the website on future holidays or when a student is looking for something new to try.  For the Parade of Nations, it is harder to make sure that everybody is included, as it was dependent on whether or not photos were submitted. However, we were also able to combine the photos together so that it felt like each group was together (visually at least).

What do you like most about the new virtual International Day? How about those that you don’t like?

The addition I like most is the website, because it continues to grow each day as more is shared with me to add on. What I like the least is that we do not get to be together for this day (though there is nothing we can do about that).  Plus, the food.  I will miss the food on International Day.

To put the cherry on top of this incredibly sweet day, we also interviewed different members of the school community in order to gain more insight about some of the countries that were celebrated during the fair.

What are some of the traditions or customs in your country that you and your family still practice even though you live abroad?

Emily (Mexico): We always celebrate Mexico Independence Day no matter where we are (16th of September).

Chloe (France): One of the traditions that I do, even though I live abroad, is the Galette de Rois. It’s a tradition that happens every beginning of the year and we make this pie that has one or two miniature statues inside it. When it’s ready to eat the kids would close their eyes and pick which slice goes to who (in the family). The people that have the little statue in their slice would wear this cardboard crown and become a king/queen.

Do you have a favorite dish from your country?

Monica (Indonesia): My favorite dish is Nasi Goreng and Ayam Goreng because they are both fried foods and very delicious to eat with Sambal. You can also add Nasi Goreng if you want to.

Trina (Philippines): Adobo! Especially if it’s from my lola’s cooking.

What can you tell us about the history of your country?

Jia Qi Hughes (China): I can say that there are many religions in China but they are all different from what they did and what they have done. For example the 大肚弥勒佛（Big-bellied Maitreya Buddha), he did some good things [in life] and we believe the good things are in his tummy!

Monica (Indonesia): The unique thing about Indonesia is art because it is very detailed and scary. The art they make has demons and batik included in them.

What are you the most proud of about being a member of your country?

Yoonseo (Korea): I feel proud of being a member of my country, especially when it comes to technology. To be more detailed, I think the internet and other technologies being used in Korea [are] very skilled and advanced.

Luna (Japan): I’m proud that I’m from [a] country full of anime, game[s], IT related thing[s], and some beautiful food.

What are the most popular destinations in your country? Where would you recommend people to visit?

Mr. Goldstein (Spain): To understand the influence and architecture of Arabic culture in Spain (Granada, Córdoba), to eat well, arts and enjoyment: Madrid, Barcelona, but not the typical touristic places.

Mahati (India): For tourists and people who like beaches, Goa is a very nice place. It is well known as a place for parties, and its main industry is tourism. The Taj Mahal is also very famous (and a bit overrated sometimes). There are also a LOT of beautiful temples with amazing architecture people can visit, but since they are active places of worship you won’t be allowed inside where the main idol is and you would have to be very respectful at the very least.

Jonathan Denton (Australia): My family has a holiday house in Lorne on the Great Ocean Road. There are some lovely little towns on the road there starting from Jan Juc to Bells, down to Moggs Creek and Airey’s Inlet, Eastern View, and the Cathedral Rock nude beach. You can continue on another few hours and get to Wye River, Apollo Bay, Cape Otway and finally end up at London Bridge and the beautiful  12 Apostles. It is a great 6 hour trip.

What are some songs from your country that you would recommend others to listen to?

Luna (Japan): All Vocaloid songs are really good. The song[s] I’m into now [are] “Teo” and “Bokkaderaberita”.

Trina (Philippines): OMG I listen to a lot of songs from my country. I love too many songs so I’ll just recommend the artists instead. Listen to Moira de la Torre, Ben and Ben, Franco, Wonggoys, Michael Pacquiao, Morisette Amon, Lourdes Maglinte and so many more!

What is your favorite holiday from your country?

Yoonseo (Korea): Chuseok is one of my favorite holidays in Korea. I really enjoy meeting my family members that I couldn’t meet often and celebrate the holiday all together.

Jonathan Denton (Australia): When I was in university in the 1980s I used to love going to Byron. I used to spend a few months living at my friends house in Upper Burringbar. Used to love going surfing and hanging out in Nimbin, Mullumbimbi, the Golden Beach and Brunswick Heads. Unfortunately the place became really popular with tourists, so it changed a lot, now you can’t even recognise it compared to the place I used to go.

Jia Qi Hughes (China): My favorite holiday in China is the Chinese New Year because it is fun. We don’t have school or homework and we can eat my fourth favorite food: the dumplings! Which, by the way, we put coins inside.

All in all, the CIS Dragons’ ability to create and implement innovative ways to celebrate the International Fair through a virtual platform demonstrates our perseverance and ability to adapt and overcome. Despite the limitations set by the quarantine period, students and teachers still came and worked together to produce beautiful performances and fun activities to ensure a successful celebration.

Today, we have truly shown how we uphold our mission and vision statement to the best of our ability: that even when we are scattered and living remotely, we are still able to make positive impacts in our changing world. 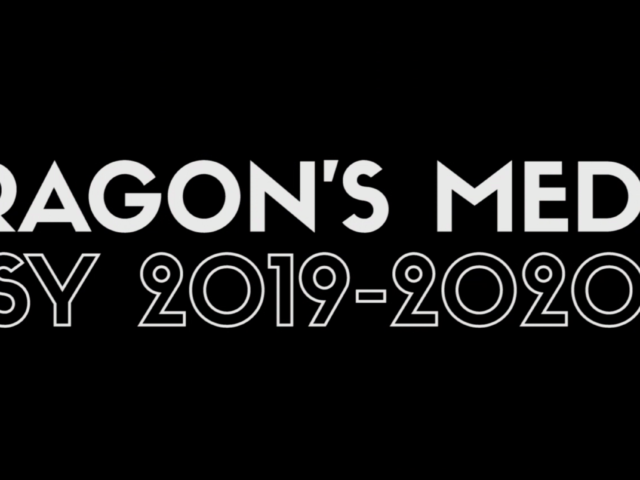 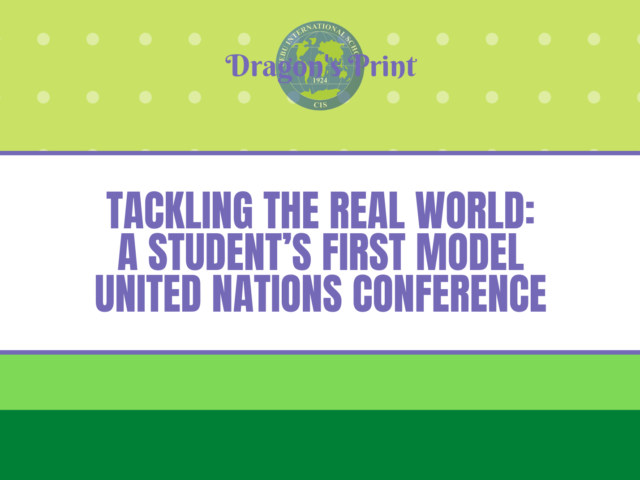